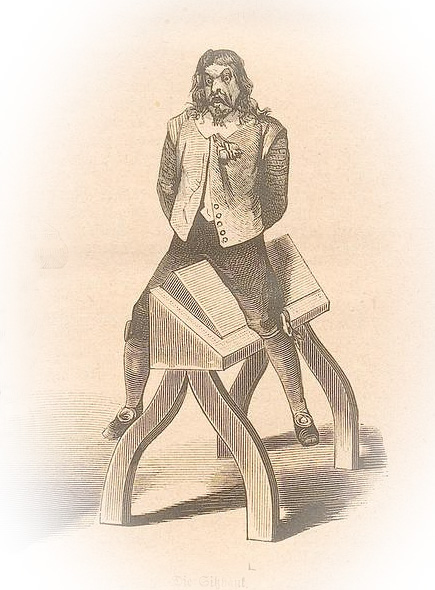 We’ve all heard of darkest dungeons and may have visited a few. At Warwick Castle, one of the tourist “experiences” is the dungeon complex featuring a spiral stair case and live witch trials etc. All calculated to give you delicious goose bumps. But reality? To my great disappointment I was told they had been the castle store rooms. The real dungeon was a hole in the ground – short on visuals. Its sole memorable feature was a carving of a cross done by some unfortunate long-dead prisoner. An aid to prayer? Presumably it gave him some comfort. I preferred the dramatic possibilities of the store rooms so ended up using them (as store rooms/emergency dungeons) in The Welsh Linnet.

Clutching hopelessly at thin air, Harry fell headlong down a flight of spiral stairs. Shaken and hurt, he lay trying to catch his breath at the bottom while the guards laughed. They pulled him roughly to his feet, placed the torch in a metal sconce and unlocked a door. By the flickering light of the torch, Harry saw a small room, empty but for a few discarded sacks. The air was dank and musty. (The Welsh Linnet)

At Sudeley Castle in Gloucestershire, the 15th century Dungeon Tower has three dungeons on top of each other. A skeleton was discovered there in the 19th century. Could it be some forgotten prisoner from the civil wars? Sudeley was “slighted” ie partially demolished in 1649 at the orders of Parliament to ensure that its royalist owner could not use it again as a fortress, so perhaps?

The discovery of forgotten skeletons tends to get everyone from archaeologists to historical novelists very excited. I have stored the Sudeley one away for possible future use. However Daphne du Maurier may have monopolised this particular gem of an idea, using the 19th century discovery of a skeleton in a secret room at her Cornish house Menabilly in her civil war novel The King’s General.

And so to the wooden horse. Not the Trojan one, needless to say, but slightly sinister and definitely painful. It was a popular punishment device in the army. The ‘horse’ was a sawhorse with a sharpened apex. ‘Riding’ it entailed being tied onto it, sometimes with muskets or other heavy weights strapped to the legs. The weights stopped the soldier falling off, but the main purpose was to increase the pressure and the pain.

Charles’s chubby face became earnest, his brow puckering. “Alexander, your father will flay your hide if you take a dispatch he is meant to carry.”

“He would never do so, Charles,” Alexander argued. “Not a flogging. An hour riding the wooden horse, perhaps. It is worth the risk.” Charles groaned. If his friend was happy to contemplate an hour astride the sharpened apex of the army’s punishment device known as the wooden horse, heavy muskets tied to his legs, there was clearly no point in remonstrating further. (The Tawny Sash).

The wooden horse was also known as the Spanish donkey among other names and was still in use during the American Civil War.

Another oddity, which gradually went out of fashion during the following century was “tying neck and heels” for a specified period of time such as a quarter hour. This involved being bent over a board backwards. One court martial proceeding from June 1644 prescribed this punishment – presumably for somewhat longer as the prisoner was to “be fed with no other food than bread and water” until the army marched.

Eighty years later, regimental courts martial were still prescribing a wide variety of punishments. Some sound fairly innocuous but (Running) the gauntlet could apparently result in serious injury and death. All of which may have persuaded some reluctant combatants that the battlefield was preferable to life in the army camp…